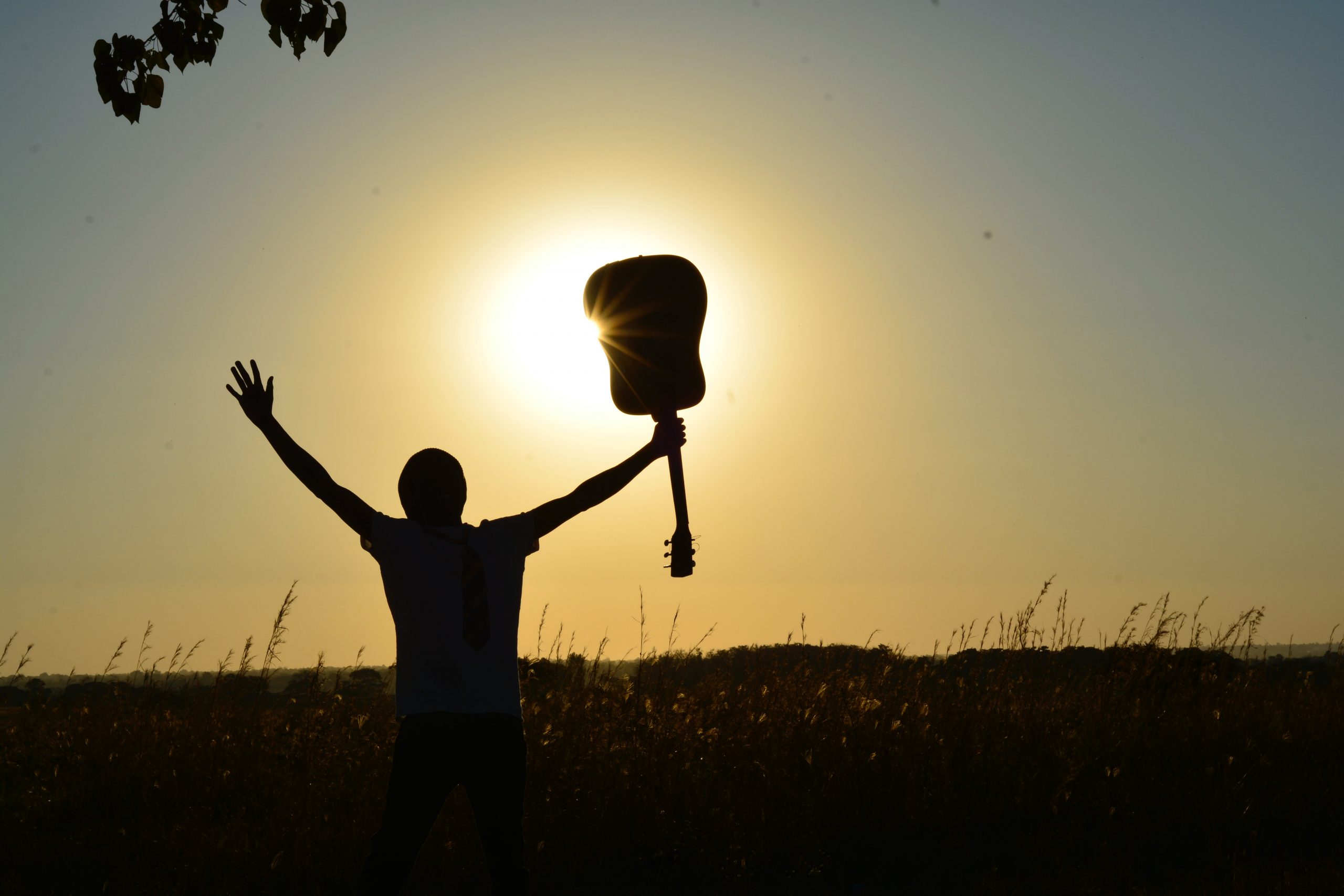 So after ordering my left-handed guitar (from Bax Music because they had the cheapest price), there was a huge delay. The wait for the guitar was meant to be 5 days according to their website, but it ended up being over two weeks. It was coming in from Europe (which I was unaware of) and I think the whole Brexit thing played a big part in the delay.

During this period, I decided that I wasn’t going to practice as I really wanted to continue the project with a proper left-handed guitar. That said, I thought I’d only be waiting around 5 days for my new guitar. If I’d have known it would be 17 days, I probably would have continued with the upside-down right-handed electric guitar.

Thoughts During The 17 Day Break

Even though I didn’t practice any guitar, I did have a few random thoughts during the 17-day break in regard to my current experience and creating online content further on down the line:

One of the challenges that a lot of people struggle with when learning online is that the information is pre-recorded so it can’t be adjusted to a student’s specific needs.

I’m Only a Complete Beginner through Technique

I’m calling this experience Guitar From Scratch, but it’s not really that is it? I am learning guitar from scratch from a technical perspective, but I still have an experienced musical eye to direct my practice sessions. This obviously gives me a big advantage over somebody literally starting out from scratch.

I spent the first 15 minutes with the new acoustic just running through the Em, G, D and A chords. My fingers definitely feel rusty and the new acoustic feels much tougher to play than the ¾ electric. The action is higher and the strings are much heavier. I think my fingers have also become a little softer through lack of playing which hasn’t helped. My first thoughts are that I’ll replace the current strings with super light strings so that playing feels a little easier.

According to my diary, I also had three mini-practice sessions at 5 mins each later in the day. During these sessions, I started practising the (4-finger) G and the Cadd9 chords.

Here are my notes from each chord:

4. This chord feels difficult, but I think the challenge feels right.

Making the shape of this chord in mid-air feels super difficult, so I’m just currently finding the notes using the strings as a guide. I’m also making little light jumps to train my fingers to become more familiar with the chord shape. This one is going to take time. I’m up for the challenge.

Strumming with a Pick

Ran through all chords, but mostly focused on the new 4-finger G and the Cadd9 chords.

I spent the whole time practising the new 4-finger G and the Cadd9. It seems that fingers 3 and 4 are the tricky ones for both of these chords so I target this area of development. Finger 4 is the weakest finger and it needs conditioning. To combat this, I decided to throw in the Dsus2 and Dsus4 chords.

I don’t really see these two chords as “new” chords. I see them more like variations on the standard D chord.  The Dsus4 chord in particular really puts finger 4 to work which is what I need.

My fingers are definitely feeling it today. They’re sore, and the strings seem to be feeling heavier than usual – I think this is because my fingers are tired! Maybe I’ve overcooked it a bit today.

Either way, It seems that I’ve developed a little blister on my 3rd finger. I hope this doesn’t slow me down.

Still, I’m happy with racking up another 50 minutes of practice.

Overall, I’m starting to see small improvements with the new chords today which is very pleasing.

I quickly run through all the chords before the “school run”. The 4-finger G took my attention again because it’s the ropiest. I think the 3rd finger is the biggest culprit now as it’s not landing as accurately as the other fingers. It just doesn’t feel right under the fingertip, so I focus on this finger the most.

I also quickly run through the Dsus2 and Dsus4. Wowzer, my fingers feel so much stronger today than yesterday. Yesterday’s longer sessions seem to have really paid off today.

My fingers still feel sore, but not too sore to practice.

I practised for a further 10 minutes this afternoon. Again, the 4-finger G took my attention, specifically the 3rd finger. So I really focus on this, lifting it on and off to build more familiarity with where it needs to go.

I then also practised for a further 15 minutes in the evening. I didn’t plan to, but I found a free moment and just fell into it.

During this session, I ran through a couple of songs using the chords I’m currently working on. Time of Your Life and Boulevard of Broken Dreams by Green Day. My chord changes are nowhere near up to speed but it still felt nice to be practising something musical. My first finger definitely needs more strength to play the A chord. It’s a tough one!

So, I’ve really not been good at practising with the plectrum since I first picked one up. I’ve been using my thumb 90% of the time. It just feels more natural and I like the gentle tone over my clunky, loud, brash plectrum strumming.

Practising Until I See Progress

I’ve not been setting myself any time limits for practice, my goal is just to pick the guitar up every day. But I notice that when I begin practising, I’m only really happy to stop when I see a little bit of progress. I think this tends to happen after around 15 minutes.

I also like to mix things up in my practice sessions. I’m generally a big believer in focusing more energy and putting more effort into fewer things when learning guitar. But, to me, it just feels better to vary things up a bit. It makes me practice more because I feel better doing it.

I ran through all the chords as usual and then ended up stumbling upon the song Talking About A Revolution by Tracy Chapman. The chords for this song are 4-finger G, Cadd9, Em, D and Dsus4 – Perfect!

I ran through the song the best I could, although my chord changes are still not up to scratch. Still, it’s nice to be working on another song.

I didn’t practice today. There was no real reason not to practice. I just didn’t think about it.

Although, interestingly my guitar was left in a different room, so it wasn’t about to act as a reminder to practice.

I hardly did anything today.

We had a busy day out, but I did manage to pick the guitar up for a quick 3-minute strum.

After yesterday’s no-show, I made sure to bring the guitar back down to the living room, and sure enough, it acted as a reminder to practice, even if it was for 3 mins.

Pretty much a replica of the day before.

Talking About a Revolution by Tracy Chapman

The week started really positively but dwindled over the weekend. I think I started fast due to the excitement of the new guitar, but I’m not really sure why it dwindled out.

The Dsus2 and sus4 chords seem to be a very healthy addition to the chord repertoire, as did the G and Cadd9.

Leaving the guitar out in the room I spend the most time in is a super good idea.

Playing songs, even if they are ropey, is far more fun than drilling the same chords over and over. Although, I think drilling is important to begin.